Dodge and Burn in Houston 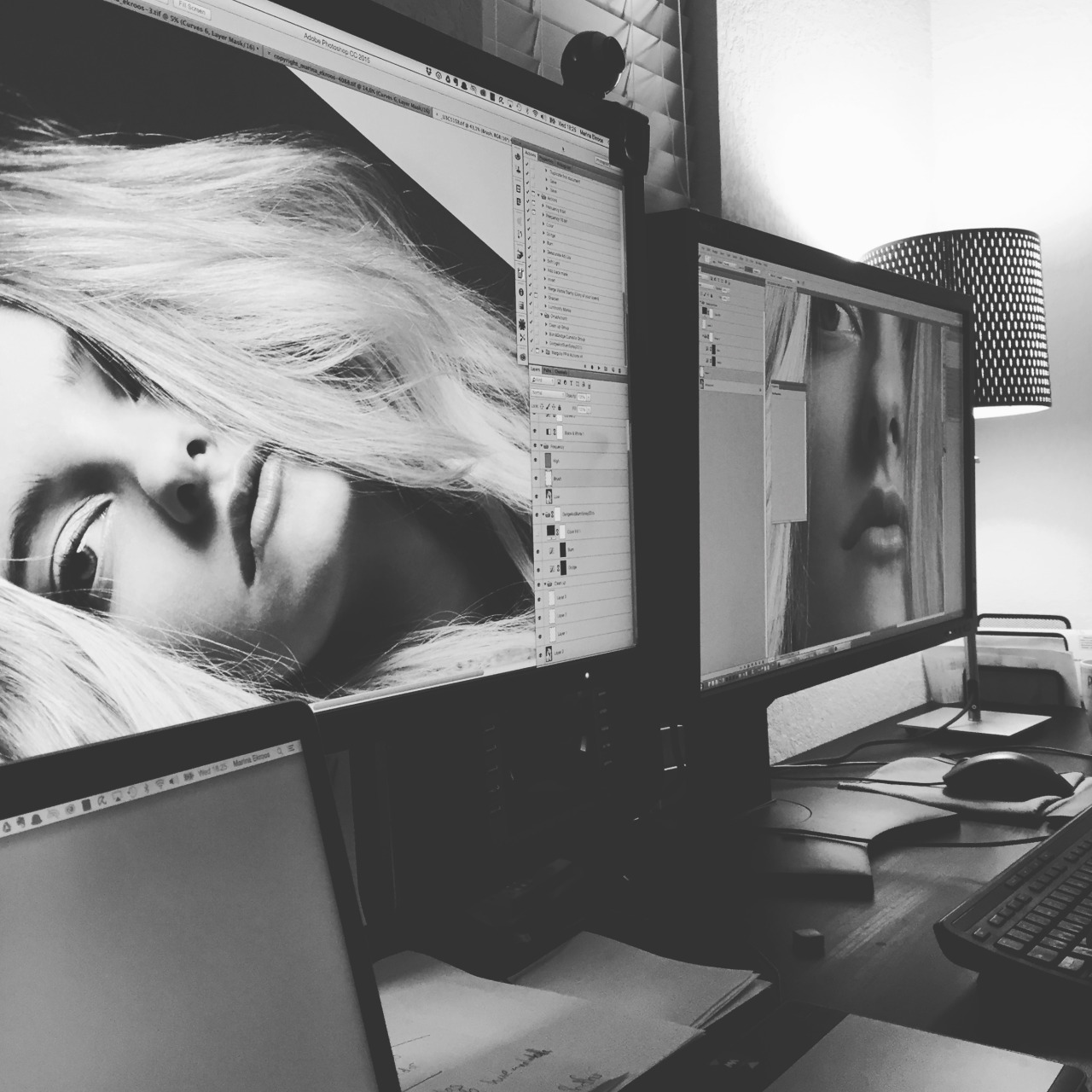 2015 ended in a great way. I had the opportunity to have a two day private session with the photo retouching master Pratik Naik. It was such a treat to get to work with Pratik for two full days. Earlier I had been following his online courses and tried to follow his method of working but nothing can replace face-to-face interaction. It was well worth the travel all the way from Helsinki to Houston.

We started the first day by having me retouch a photo in the way I normally do while Pratik watched and made notes. Of course it felt twice as hard when someone was watching. I got super nervous and was making simple mistakes. Luckily this was the right time and place for them.

When I was done we went through my workflow and Pratik commented on the issues he had noticed. Then he made a version of the same file and explained everything he was doing while I watched. After that I redid the file and tried to do better this time. After a long day of sitting by computers we went for a walk to observe retouch work in advertisements at the local mall.

First exercise from day one. Left side is the first attempt and the right side the version after Pratik’s advice. 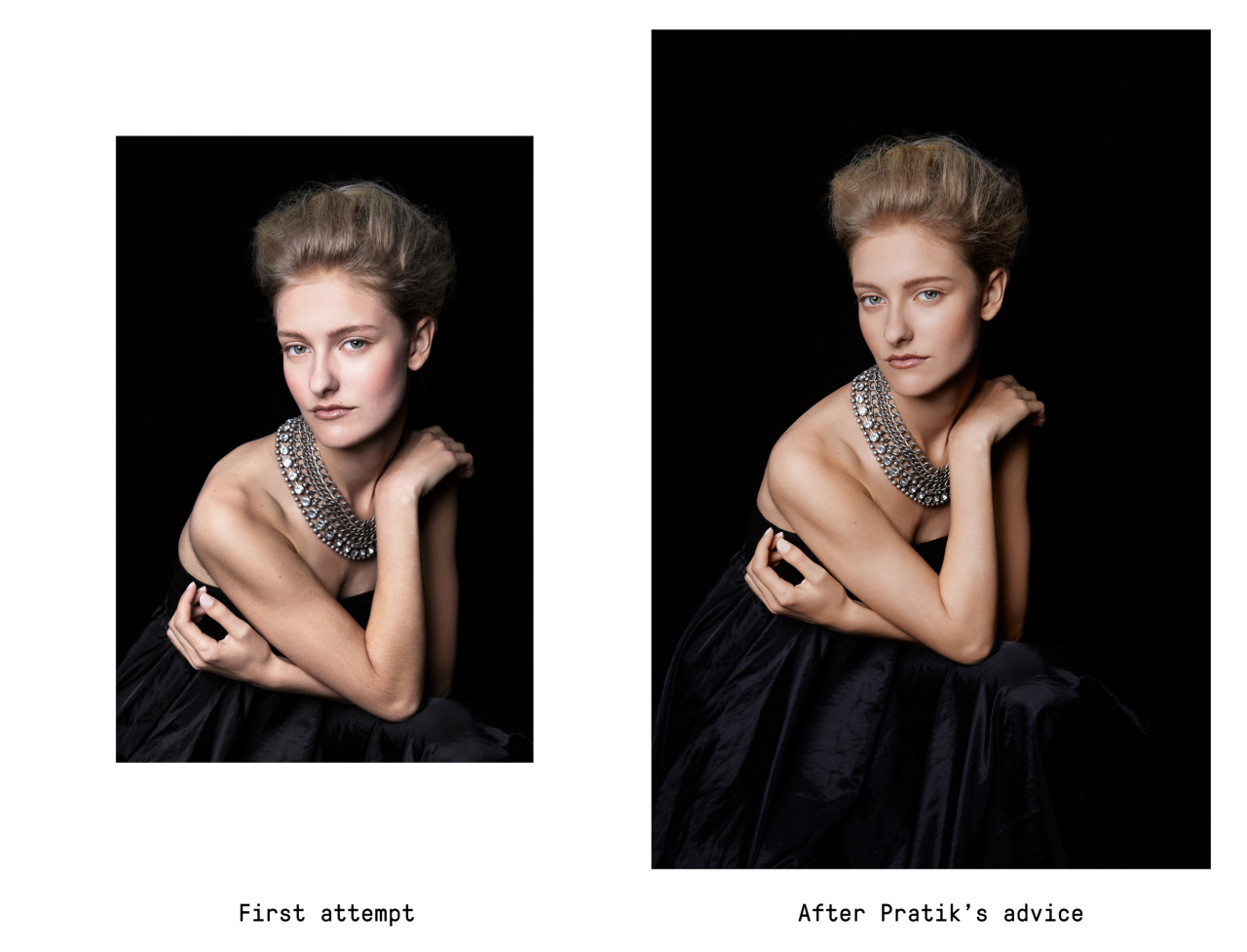 On the second day we kept retouching new images and went through some questions I had. A big change to my workflow was to replace Lightroom with Capture One. After Pratik had showed me how he works with it I knew I too had to start using it. I was especially happy with its ability to manage skin tones, although I am still struggling with the way Capture One’s file organisation works.

This is an image that had issues with skin tones and overall flatness. The Left side is a retouch from fall 2015 and the right side from spring 2016. 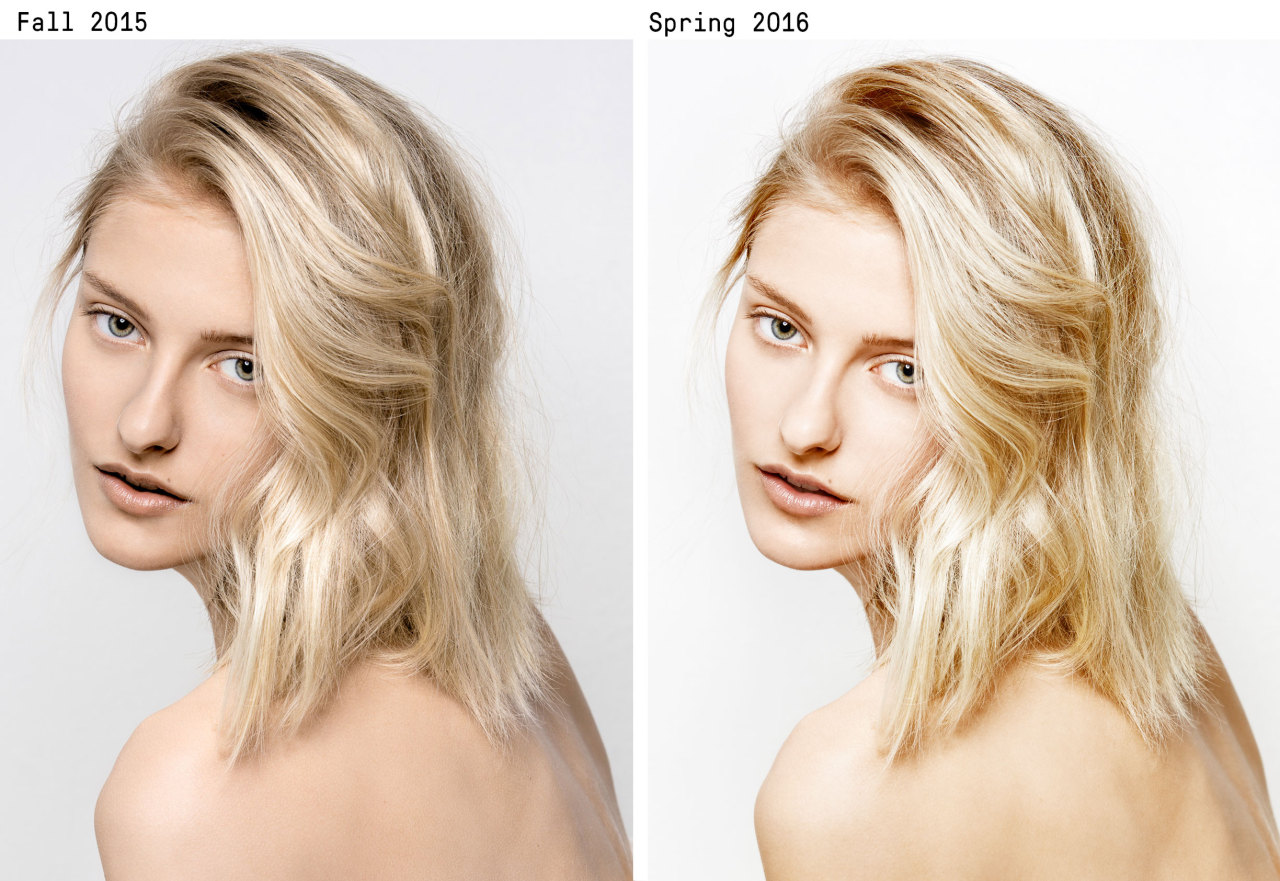 My main goal for the session was to fully understand the dodge and burn method and to fix any missing things I had in my workflow. During these two days I got more confident with Photoshop and learned many new useful tricks. When I went through the retouch files afterwards I could notice how much more simple my workflow became during the course: the layer mayhem is gone and I can easily return to earlier stages at any time.

One very important thing I learned is something you can really understand only by watching and that is the patience and focus Pratik has (with the occasional Facebook break thrown in). It really takes time to teach your eyes to see the tonal differences needed with the dodge and burn method.

This GIF shows the main stages of the process.

Two days went by very fast. On the last evening Pratik arranged a dinner together with his photographer friends in Houston. It was such a pleasure to meet all these interesting people. The next morning I flew to Los Angeles, where Pratik again did a great gesture by connecting me with his friends in LA. The course was a full package of hard work and getting to know local industry people. It was such an inspiration to meet Pratik, he spreads positive energy and truly loves to share his knowledge. I really appreciate him and his way of working.

These images we worked on were from a test shoot with a talented crew from Helsinki: Make-up: Tuuli Räsänen, Hair: Paavo Rosberg, Style: Inka-Harriet Kaminen & Tuuli Räsänen, Model: Meri/Modelboom